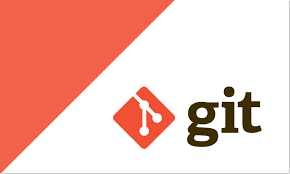 In this blog we will learn about describing version control, committing source code with git and merging version with git.

What is Version Control System

There are several components of git. There is a working directory. It is a home subdirectory where all source files are created, modified and reviewed. The staging area is a hidden subdirectory named “.git” . The “.git” directory is created by ‘git init’ command. Working directory source files are registered into this area via ‘git add’ command. Local repository contains each project file’s history and remote repository is typically a cloud-based location.

Some of the popular remote git repositories are:

How to setup local git environment

Now, we will learn about how we will commit changes in version control system like git. To create a local git environment we do following steps:

For committing source file in git we do following steps:

Some common git configuration commands are as following:

Sets automatic command line coloring for to Git for easy reviewing of changes.

Some of the common git setup commands are as follows:

Initialize an existing directory as a git repository

Retrieve an entire repository from a hosted location via URL

Most used commands while committing the code are listed below:

Show modified files in working directory, staged for your next commit

Adds a file as it looks now to your next commit

Commit the staged content as a new commit snapshot

Some of the most common commands for snapshots management are below:

Unstage a file while retaining the changes in working direcotry

Diff of what is change but not staged

Diff of what is staged but not committed.

Some of the most common commands to manage branches and merging them etc. are listed below:

List your branches. An * will appear next to the current active branch

Create a new branch at the current commit

Merge the specified branch’s history into the current one

Show all commits in the current branch’s history