Some of the presentational markup continue to be available in specification with the change in meaning/understanding of what they do. Below is the list of removed and meaning changed tags or attributes:

The presentational elements are removed as there is equivalent of them available in CSS. Following are some of them:

Following elements as still supported by HTML5 specifications but have the meaning and the usage changed:

Represent inline run of text which is stylistically different from normal text, usually bold, and conveys no other meaning of importance.

It was used for dialog element. Now used for details and figures elements to define the contained text.

Earlier used with dialog element. Now used for details and figures elements to define the summary of details.

In place of defined as horizontal rule it is the representation of thematic break.

Generally presented in italic type, it represents a inline run of text in a different voice or tone that is different from standard text.

represent small print, as in comments or legal fine print.

represents importance rather than strong emphasis.

WordPress is one of the best choice for writing blogs over internet. It empowers more than 43% of the websites

In the age of Artificial Intelligence and Machine Learning, chat bots are becoming the major part of many businesses. Chat 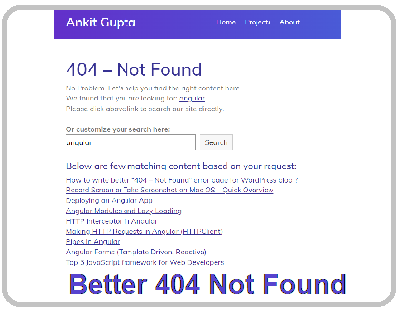 The first question arises why to write a “404 – Not Found” error page? As in an active website our